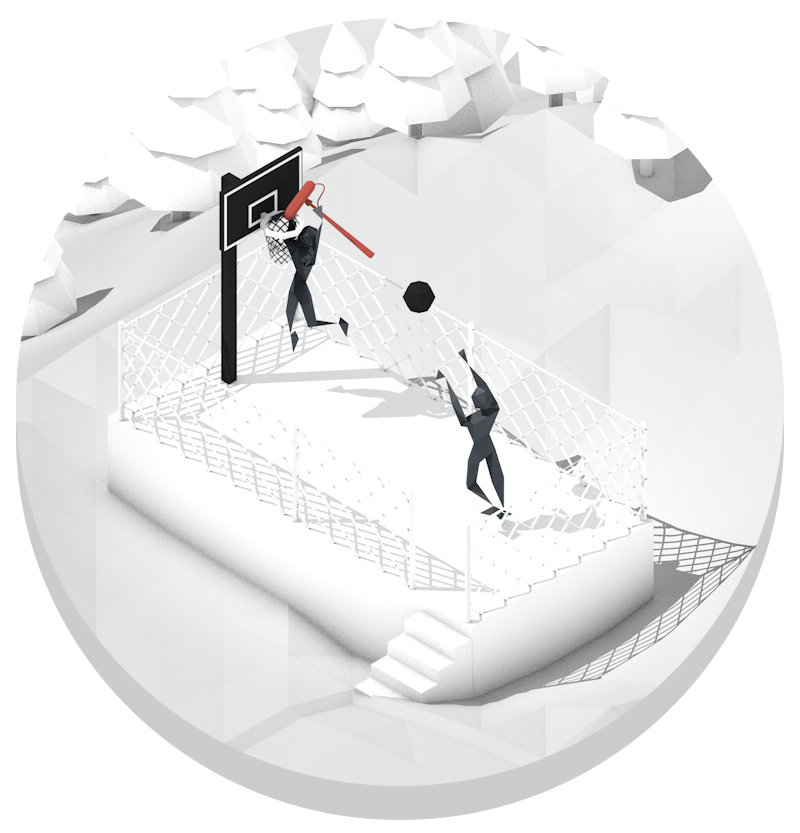 It was the first year at the University of Skövde and we were out recording sound for our first game: Penguin Ball, a basketball game featuring penguins skating on ice. Erik hung on a basketball hoop with the microphone at the ready while I threw basketballs at him. A new form of recording was just created – EXTREME recording. 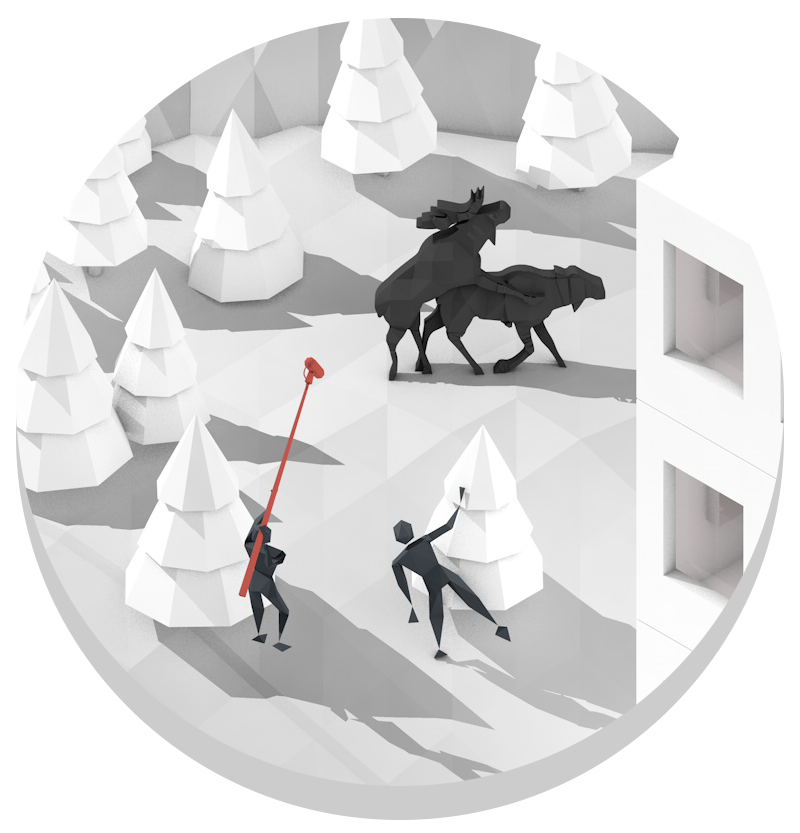 The most “extreme” shooting location.

One day we were at Borås Zoo where we got permission to record the animals that lived there. From nowhere appeared two moose that had something completely different than us in mind. We took the obvious opportunity and managed to get very close and record various sounds. You can see our meeting with the moose and all the other animals here:

The Recording of Animals